When he opened the seventh seal, there was silence in heaven for about half an hour.   I saw the seven angels who stand before God, and seven trumpets were given to them.    Another angel came and stood over the altar, having a golden censer. Much incense was given to him, that he should add it to the prayers of all the saints on the golden altar which was before the throne.  The smoke of the incense, with the prayers of the saints, went up before God out of the angel’s hand.  The angel took the censer, and he filled it with the fire of the altar, and threw it on the earth. Thunders, sounds, lightnings, and an earthquake followed.  And the seven angels which had the seven trumpets prepared themselves to sound.

The whole multitude of the people were praying outside at the hour of incense.  Luke 1:10

The first angel sounded, and there followed hail and fire mingled with blood, and they were cast upon the earth: and the third part of trees was burnt up, and all green grass was burnt up. 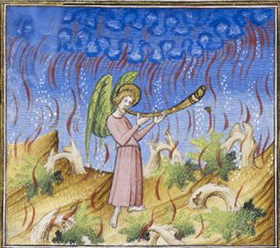 They were told that they should not hurt the grass of the earth, neither any green thing, neither any tree, but only those people who don’t have God’s seal on their foreheads.  Revelation 9:4

…. why has the land perished and burned up like a wilderness, so that no one passes through?  Jeremiah 9:12 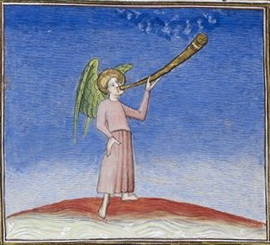 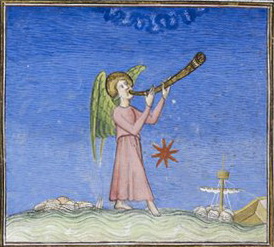 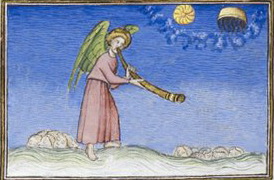 And I beheld, and heard an angel flying through the midst of heaven, saying with a loud voice, Woe, woe, woe, to the inhabiters of the earth by reason of the other voices of the trumpet of the three angels, which are yet to sound! 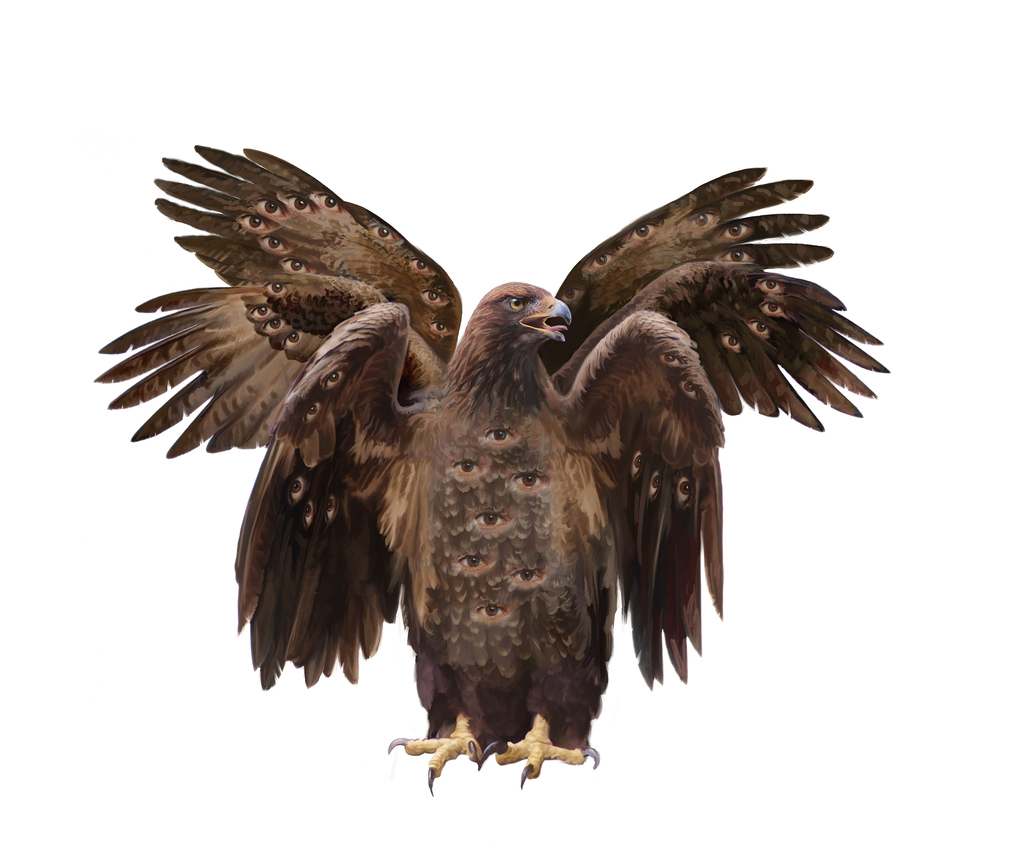 “Woe to you, Chorazin! Woe to you, Bethsaida! For if the mighty works had been done in Tyre and Sidon which were done in you, they would have repented long ago, sitting in sackcloth and ashes.   But it will be more tolerable for Tyre and Sidon in the judgment than for you. Luke 10:13,14

Rejoice, you nations, with his people, for he will avenge the blood of his servants. He will take vengeance on his adversaries, and will make atonement for his land and for his people. Deuteronomy 32:43

Hatima tova = “May you be well sealed”

Book of Life
Back To Top