I saw another great and marvelous sign in the sky: seven angels having the seven last plagues, for in them God’s wrath is finished.  I saw something like a sea of glass mixed with fire, and those who overcame the beast, his image, and the number of his name, standing on the sea of glass, having harps of God.  They sang the song of Moses, the servant of God, and the song of the Lamb, saying, “Great and marvelous are your works, Lord God, the Almighty! Righteous and true are your ways, you King of the nations.  Who wouldn’t fear you, Lord, and glorify your name? For you only are holy. For all the nations will come and worship before you. For your righteous acts have been revealed.”  After these things I looked, and the temple of the tabernacle of the testimony in heaven was opened. The seven angels who had the seven plagues came out, clothed with pure, bright linen, and wearing golden sashes around their breasts.  One of the four living creatures gave to the seven angels seven golden bowls full of the wrath of God, who lives forever and ever.  The temple was filled with smoke from the glory of God, and from his power. No one was able to enter into the temple, until the seven plagues of the seven angels would be finished. 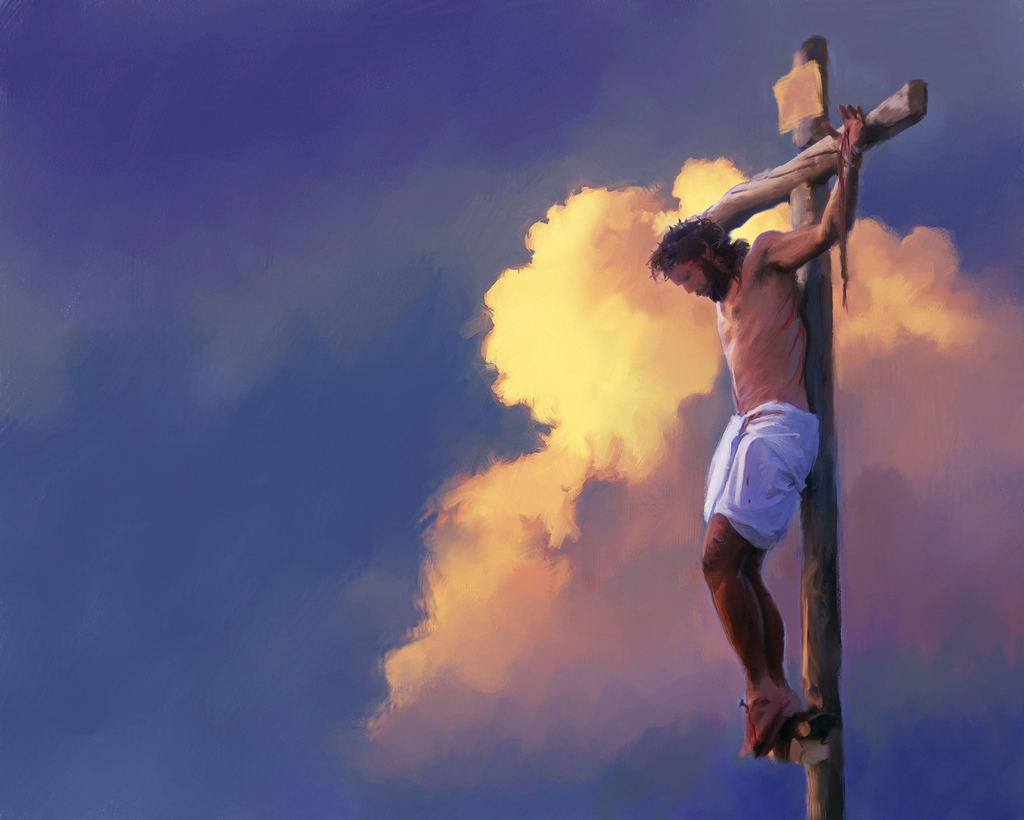 When Jesus therefore had received the vinegar, he said, “It is finished.” He bowed his head, and gave up his spirit. John 19:30 The seventh poured out his bowl into the air. A loud voice came out of the temple of heaven, from the throne, saying, “It is done!” Revelation 16:17

Hear, you peoples, all of you. Listen, O earth, and all that is therein: and let the Lord Yahweh be witness against you, the Lord from his holy temple. For, behold, Yahweh comes out of his place, and will come down and tread on the high places of the earth.  Micah 1:2,3

Sing to Yahweh a new song! Sing to Yahweh, all the earth.  Sing to Yahweh! Bless his name! Proclaim his salvation from day to day!  Declare his glory among the nations, his marvelous works among all the peoples.  For great is Yahweh, and greatly to be praised! He is to be feared above all gods.  For all the gods of the peoples are idols, but Yahweh made the heavens.  Honor and majesty are before him. Strength and beauty are in his sanctuary.  Ascribe to Yahweh, you families of nations, ascribe to Yahweh glory and strength.  Ascribe to Yahweh the glory due to his name. Bring an offering, and come into his courts.  Worship Yahweh in holy array. Tremble before him, all the earth.  Say among the nations, “Yahweh reigns.” The world is also established. It can’t be moved. He will judge the peoples with equity.  Let the heavens be glad, and let the earth rejoice. Let the sea roar, and its fullness!  Let the field and all that is in it exult! Then all the trees of the woods shall sing for joy before Yahweh; for he comes, for he comes to judge the earth. He will judge the world with righteousness, the peoples with his truth.  Psalm 96