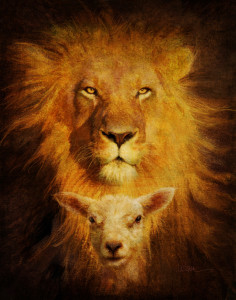 And at that time shall Michael stand up, the great prince which standeth for the children of thy people: and there shall be a time of trouble, such as never was since there was a nation even to that same time: and at that time thy people shall be delivered, every one that shall be found written in the book.  Daniel 12:1

He that overcometh, the same shall be clothed in white raiment; and I will not blot out his name out of the book of life, but I will confess his name before my Father, and before his angels. Revelation 3:5

And I intreat thee also, true yokefellow, help those women which laboured with me in the gospel, with Clement also, and with other my fellowlabourers, whose names are in the book of life.  Philippians 4:3

And all that dwell upon the earth shall worship him, whose names are not written in the book of life of the Lamb slain from the foundation of the world.   Revelation 13:8

Add iniquity unto their iniquity: and let them not come into Thy righteousness. Let them be blotted out of the book of the living, and not be written with the righteous.  But I am poor and sorrowful: let thy salvation, O God, set me up on high.  I will praise the name of God with a song, and will magnify him with thanksgiving.   Psalms 69:27-30

The beast that thou sawest was, and is not; and shall ascend out of the bottomless pit, and go into perdition: and they that dwell on the earth shall wonder, whose names were not written in the book of life from the foundation of the world, when they behold the beast that was, and is not, and yet is.  Revelation 17:8

And I saw the dead, small and great, stand before God; and the books were opened: and another book was opened, which is the book of life: and the dead were judged out of those things which were written in the books, according to their works.  And whosoever was not found written in the book of life was cast into the lake of fire. Revelation 20:12,15

And there shall in no wise enter into it any thing that defileth, neither whatsoever worketh abomination, or maketh a lie: but they which are written in the Lamb’s book of life.  Revelation 21:27